The cost of aged care

February 27, 2015 By Bina Brown With Comments are off for this post 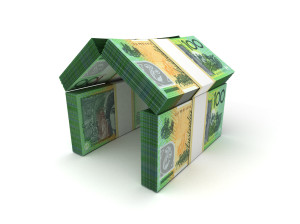 The accommodation component of aged care is no small amount.

The RAD is the lump sum payment which can charged by a facility. Those that can afford it will pay what the facility is asking, those that can’t may have to find a cheaper facility or they can elect to pay the same amount as the RAD but in Daily Accommodation Payments (DAP). They can also elect to pay a combination RAD and DAP.

If a person doesn’t have the kind of money that a facility is asking and they meet certain criteria, such as having no realisable assets, then the Government may pay their accommodation charge.

Facilities work out the RAD they are going to charge based on a combination of factors, such as the types of room they are offering, such as a single with an ensuite, single with a joint ensuite, a shared room or a double room.
They also look at external factors such as the surrounding competition.

Key to the RAD is the word refundable. Once a person in care leaves, such as when they die, the RAD is returned to the estate less any agreed amounts that have been taken out of it such as to pay for any services.

There is also a Refundable Accommodation Contribution (RAC) which is a lump-sum style payment if you are asked to pay some of your accommodation costs.

If you die, or move out, then your aged care home must refund your lump sum balance within 14 days after the day on which they were shown the evidence of probate – the official proving of a Will.

The DAP is not refundable. It is calculated as the RAD multiplied by the maximum permissible interest rate (MPIR), currently 6.63 per cent, and divided by 365 days.

Once the facility receives the RAD it is restricted with what it can do with it – which should bring some piece of mind to those handing over considerable sums of money.

Should an aged care home become bankrupt or insolvent and is unable to refund bond balances, the Government will step in with its guarantee of repayment.

Once you in care you may be asked to pay one or more sets of fees:

• A basic daily fee – this covers the cost of living such as for meals, electricity and laundry. Everyone has to pay this fee which is set at $47.15 a day.
• A means tested care fee – an additional cost worked out by Centrelink based on your income and assets. It is capped at about $25,000 a year or $60,000 over a person’s lifetime. There are a range of income and asset thresholds which come into play.
• Fees for extra services. These are paid if you choose a higher standard of accommodation or additional services if they are available such as wine with meals and newspaper delivery.

Who pays the care costs?

The three biggest components of running an aged care facility are wages, food and medical supplies.
The running costs of a facility are met from the income of that facility which generally comes from any of three sources.

First there is the Government funding, decided on by the Aged Care Funding Instrument based on the care needs of residents.

There will also be some contribution from the resident. In addition to the basic daily fee a resident may be asked to pay a means tested care fee. This fee is based on a resident’s income and assets.

If a facility has invested the RAD money then any interest earned will also go towards the running costs of a facility.

Not every aged care facility is ‘for profit’ but even the ‘not for profits’ have to run a successful business or they would be shut down.

The major challenge for a successful aged care operation is striking a credible and sustainable balance between making sufficient money and providing high quality care – which can essentially be measured by having happy residents, with few complaints and no compliance breeches.

So RAD, DAP or a combination?

The decision of how to pay an accommodation charge, if relevant, will always depend on an individual’s financial circumstances; whether they have the money to pay upfront or an income base to pay the DAP.

What we do know is that RADs are the preferred method of payment.

According to the latest Aged Care Financing Authority report, 44 per cent of payments made between June and October 2014 were the lump sum refundable accommodation deposits.

Daily accommodation payments accounted for 32 per cent, and 25 per cent chose to pay a combination payment.