August 23, 2016 By Bina Brown With Comments are off for this post Tagged with: death, Death and dying, Funerals 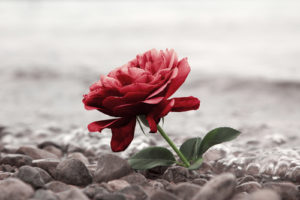 Death and dying aren’t regular dinner table conversation. But that doesn’t mean they should never been mentioned. How else will someone know what you want?

Burial or cremation, church or hall, music or hymns? These are all decisions that at the time of death someone generally has to make on behalf of others.

While many people attend at least one funeral a year and think about their own mortality, very few actually go the extra step of planning their own death or send-off while they’re alive.

This is despite most of us having a rough idea of when we are going to die – only about 30 per cent of deaths are sudden – and a good understanding that imparting our wishes may help those left behind with their grieving and the financial burden often associated with funerals.

According to the latest Australian Seniors Insurance Agency’s Circle of Life study, an online survey of 1000 over-50s carried out by CoreData, only about 13 per cent of respondents have prepared for their own funeral.

Those that have made prior arrangements are most likely to have ticked off the big options, such as whether they want to be buried or cremated, and chosen the songs or hymns to feature on the day.

Further down the “to do” list are the chosen prayers, readings or poems, who will read the eulogies, the invitees, the preferred pallbearers and how it will be paid for.

If you are planning to pay for your own send-off, then make sure the money is easily accessible and preferably not dependent on the sale of an asset or payout by a financial institution such as a superannuation fund.

Funeral directors want payment at the time of the event – not months later when the proceeds of the deceased’s investments or estate are distributed.

This is where specific funeral planning options may be useful. The three main options are: pre-paid funeral plans, funeral bonds and funeral insurance.

Funeral bonds are managed investments that earn interest, with most being capital guaranteed. An initial investment of say, $500, is made followed by regular contributions or a lump sum up to any amount they wish. The average funeral bond value is about $7000 but there are bonds of $23,000.

The interest earned on the bond is added to the capital and both are realised on death when it may be paid to the funeral director to cover expenses. Funds charge between 1.5 per cent and 3 per cent a year management fee.

Prepaid funerals are different in that there is a contract between the individual and a funeral director. The choices made, such as the type of service, the type of coffin, a minister or celebrant and cremation or burial, are paid for at today’s prices.

Funeral insurance is similar to other types of insurance, where you pay monthly or fortnightly premiums for a fixed amount of cover. Cover is usually between $5000 to $15,000, with the proceeds paid to a beneficiary when you die.

Rather than saving for funeral costs you are buying insurance to meet those costs at some future date. Depending on when you die you could be paying insurance premiums for years, and possibly in excess of the actual cost of your funeral.

Decisions around flowers, newspaper notices, condolence books and cars are generally left to the family at the time of death – often because family want some involvement but also because any prepaid amounts can’t be refunded if the family wants something different.

Where the proceeds of a $12,000 funeral bond or insurance might also stretch to covering at least part of the cost of a wake, with a funeral plan this cost would still have to be met by the family.

Prepaid funerals and funeral bonds of up to $12,000 for an individual have the added benefit of being exempt assets under the Centrelink and Department of Veterans Affairs means test for the age pension.

Funeral proceedings and the final cost can vary considerably based on the instructions someone may have left or what family and friends decide, says Australian Funeral Directors Association national president John Fowler.

“The biggest trend in the industry is the personalisation of funerals. Families want a lot of input, and so they should,” says Fowler, who is also general manager of Le Pine Funerals in Victoria.

Anything is possible and it may or may not have a cost associated with it. A coffin made of particle board painted and decorated by family will be cheaper than more traditional elaborate wooden options. Flowers from a person’s garden will also cut down on costs.

“Anything is possible. It is what the family wants and whether the place will allow it,” says Fowler.

He says the Catholic Church advises against DVD presentations or eulogies from friends – two increasingly popular additions at most funerals – during the mass.

The Circle of Life report puts the national average cost of a funeral at $7800.

Cremation was the preferred option among the respondents over burial, with many citing environmental concerns as a reason.

In truth, cremation has quite a large environmental impact, with high energy use, greenhouse gas emissions and airborne pollutants. Meanwhile, a traditional burial might leach chemicals such as those used in embalming and wood finishes and cemeteries use quite a lot of water to maintain nice green lawns at cemeteries.

Ensuring one’s remains don’t become a problem after death is helping the growth of natural burial sites, where all materials involved in the burial, including the shroud or casket, are biodegradable.

In a new site in Canberra, everyone can now be buried in a shroud. Or for those preferring cremation, their remains can be placed in a biodegradable container or directly into the earth. There are no permanent markers or plaques and families can plant suitable trees and shrubs.

At $5000, a natural burial it is not necessarily a cheaper option than cremation. However natural burials advocate, and former ACT Greens Assembly member, Caroline Le Couteur says it’s the best way to ensure that one’s physical remains are treated in a way that is positive for the environment.

While death and dying are hardly regular dinner-table conversation, for many households it is no longer the taboo subject it once was.

Psychologist and co-founder of The Groundswell Project, Kerrie Noonan, says the report reinforces the not-for-profit’s desire for people to talk more openly about death and dying.

Not only would it help to ensure people die where they want, such as the overwhelmingly preferred option of home rather than in a hospital or residential-care setting, but that their final send-off was as they hoped.

“All the time we see people in a state of grief. It would help people enormously if they knew the wishes of those that are dying but there needs to be a conversation to problem solve.”

Noonan says part of the reason so few people share their wishes and plan their final days or their funeral is the belief that death is always a sudden event.

According to the Grattan Institute, about 70 per cent of deaths are expected, with many people knowing when they are likely to die due to chronic diseases and disabilities at the end of their lives.

“Future planning helps to ensure we have the emotional capacity to grieve when we need to, rather than think about all the things we should have been discussing long before,” says Noonan.
This article first appeared in the Fairfax Newspapers
http://www.canberratimes.com.au/money/planning/families-encouraged-to-talk-about-funeral-plans-before-its-too-late-20160803-gqjz28.html