February 5, 2016 By Bina Brown With Comments are off for this post 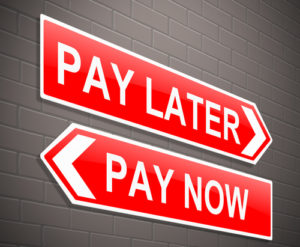 When Olga Kucera, 92, was advised for health reasons to move into residential care her immediate thought was to sell her home up the Hawkesbury River.

But when the keen gardener was presented with the more financially viable option of renting her home to pay part of her accommodation costs there was a definite sense of relief, according to her neighbour and enduring power of attorney Janice Hunt.

“It was good that she was capable of making such a decision. We still visit her often and she asks about the garden,” says Janice who, with her husband, has been helping Olga at home for the past 10 years.

“It has worked out perfectly for her. She is really happy. She didn’t realise how stressed she was being on her own but she knows her home is still there,” Janice says.
Advertisement

Donald Swanborough, an aged care adviser with Affinity Aged Care, says selling the family home to fund care and accommodation costs is one of the big issues families face when someone has to move into residential aged care.

If a person has assets above $157,987 they will generally be asked to pay a lump sum refundable accommodation deposit of between $200,000 and $1 million, or an equivalent daily accommodation payment or a combination of both.

All residents pay a basic daily care fee and may also be asked to pay a means-tested care fee and an extra services fee.

How people pay the accommodation charge depends on what assets they have outside the family home such as other property, shares or savings. The means-tested care fee is calculated on a person’s income and assets that they disclose to Centrelink. There are limited ways to reduce these.

Swanborough says that a rule change effective since January 1, 2016, means there may no longer be a financial advantage for people entering aged care to keep the home where they have been living and fund all or part of their accommodation costs in the aged care facility through rental income.

Previously the former home remained an exempt asset for pension purposes, and the rent received was also exempt under both the pension income test and the means-tested care fees for aged care purposes. However, there is no longer an exemption for people who pay their care costs periodically through rental income.

“It might be better to keep the family home and rent it out but the reality of renting it out may mean it would personally work better to sell it,” she says.

Panagis says that once a facility has been chosen residents have 28 days after signing the residential agreement to decide how to pay the accommodation charge.

If the decision is to pay a RAD, then there is six months to pay, although interest will in effect be charged from day one.

What you pay and what you get:

Individual facilities should publish the RAD on the government’s myagedcare.gov.au website. They range from $200,000 to $1 million. Think of it in terms of the capital value of the room the resident is occupying. If the refundable accommodation deposit (RAD) is quoted as $300,000, the resident needs to pay $300,000, or pay the $300,000 at an interest rate set by the government (currently 6.22 per cent) in the form of a daily accommodation payment. This can be paid as a mix. Because the interest rate is high compared to having the money in the bank, it makes sense to consider paying the RAD – it is fully refundable, and can reduce the assets that Centrelink assesses to work out how much aged pension the resident is entitled to.

This fee is based on 85 per cent of the single rate of age pension. The current rate is $47.86 per day and is payable by everyone. There is obviously little cash flow available from the age pension for other costs for the resident.
Means-tested care fee:

Depending on the financial position of the resident, this fee is based on the amount the government pays the aged care provider to care for the resident. It can be up to $211.40 per day but is capped at $25,731 per year (or about $60,000 over a lifetime).

An extra service fee applies to a specifically determined bed and the cost is regulated. Additional services can be ad hoc – such as hairdressing, podiatry and pay TV. These costs can vary significantly. Source: Later Life Advice

This is the second in a three-part series on aged care. Read part one here.

This article first appeared in The Sydney Morning Herald  http://www.smh.com.au/money/planning/residential-aged-care-how-can-i-afford-it-20160120-gma4n6#ixzz3zFnn0djP