The cost of aged care Do you sell the house to fund aged care? 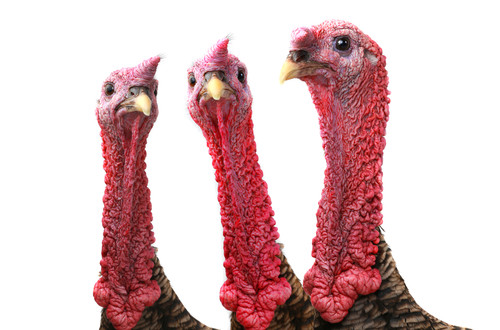 February 8, 2015 By Bina Brown With Comments are off for this post

Family gatherings can be full of emotion at the best of times, but there is nothing like the festive season to bring out the best and worst of people.

For many the chance to get together would have been a reality check on how senior family members are faring.
It might have been when everyone was standing around the kitchen or carving the turkey for the first time in 12 months that the cracks started to show.

Aged care specialist Val Nigol says he gets more enquiries about entering aged care in December and January than at most times of the year.
“Apart from the hot weather causing people to rethink their situation, I think that sometimes children haven’t noticed how mum or dad’s health has deteriorated during the year until they get together for Christmas. Then they get concerned and start the discussion amongst the family as to whether or not it’s time,” says Nigol.

The other common trigger is older family members really looking forward to the family functions at Christmas.
“They manage to ‘hold on’ until then, but soon afterwards, either through exhaustion or no Christmas to look forward to, their heath starts to suffer and they start considering aged care options,” says Nigol.

It is a discussion that few people like having but one that can save a lot of emotional turmoil down the track, says Equity Trustee’s aged care specialist Denise Tomaras.

Early signs that can indicate a person’s decline, include neglecting one’s own hygiene, forgetting to put make-up on, missed doctor’s appointments, unpaid bills, mixing up medications, forgetting names, weight loss or a reluctance to leave the home.

“Before all this starts to happen it is good to sit down and discuss with the person what they might do in the worst case scenario,” says Tomaras.

“If it gets to the stage where someone is forgetful then they might not remember the conversation and everyone wants to do what Mum or Dad wants,” she says.

Tomaras says it is a time to put aside feelings of guilt about not visiting aging parents more frequently and deal with the situation at hand.

It might be accompanying them to their GP to discuss where they are at with medication s or needs, to visit possible aged care facilities or discuss home care options.

Having an up to date assessment by an Aged Care Assessment Team is important, as is getting important paperwork like Enduring Power of Attorney and Wills in order, says Tomaras.

Nigol’s recommendation to clients – both the prospective resident and their carers/children – is that when parents start to show signs that the need for residential or home care is not too far away, they should get an ACAT assessment done whether or the move is imminent or not.

A visit to or by an ACAT (ACAS in Victoria) is a mandatory part of getting Government funded care whether it is at home or in a residential facility. It remains valid indefinitely and can be arranged through hospitals or GPs.

“Armed with this the family can tentatively look around for an aged facility that they like and suits their needs and budget. If it is left too late, for example when an aged person has been admitted to hospital and cannot be released back to their home and they must go into care, it becomes very stressful on the whole family and sometimes a less than optimal choice is made,” says Nigol.

Discussions around finances can also be difficult but are a necessary part of the aged care minefield.
A starting point will be determining what investments a person or persons have, such as deposits, shares, and investment property. Also what money they have in superannuation and if they are drawing a pension from it or a government or overseas pension.

The whole lot has to be detailed in the 32 page Centrelink Permanent Residential Aged Care Request for a Combined Assets and Income Assessment.
Without the assessment a facility is unable to determine the correct level of means tested care fee a resident has to pay.

“What to do with the house may be influenced by what other financial assets and income a prospective resident may have, if they have little else then the decision may have already been made for them. Sell it and use the proceeds to pay for aged care fees and charges,” he says

If placement into residential care is an option then it may be time for families to stop talking turkey and discuss the difficult emotional and financial issues that will inevitably arise.